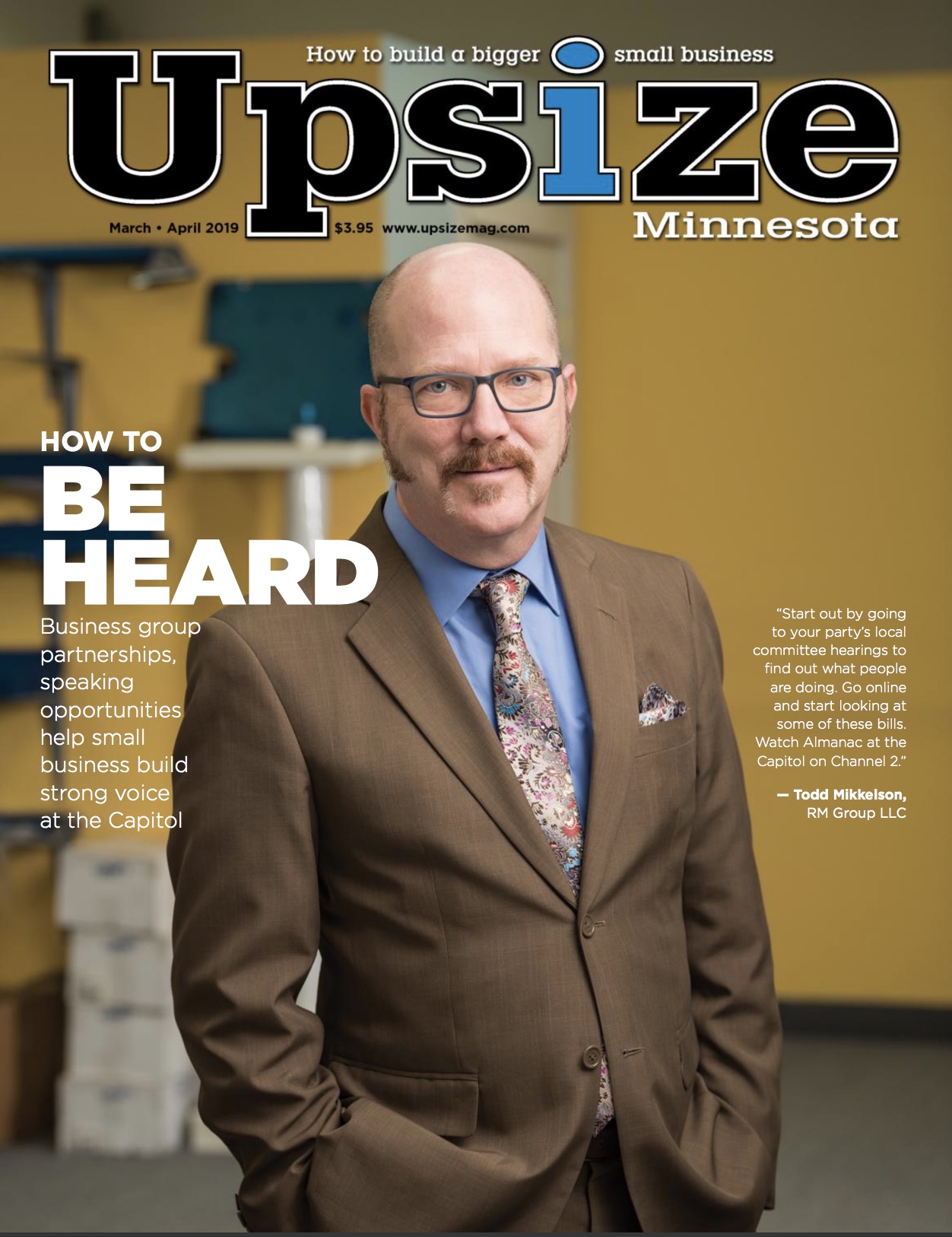 Todd Mikkelson, the inventor of the Rain Maker Spray Rack, has been making the voice of small business heard at the Minnesota State Capitol and in Washington DC since 2012. His crusade has led to his involvement with both the Minnesota State and National Advisory Boards of Main Street Alliance, becoming the Legislative and Policy Committee Chair at the state level. Through these positions he has helped many small business owners testify in hearings on issues that effect small business. He has also met with legislators at the state and national levels on such issues.

Small business owners can't afford to hire highly paid lobbyists to advocate for them -- they have to be their own voice. Aside from developing new products for sprayrack.com and running his business, Todd has dedicated himself to making sure the voice of small business is heard by lawmakers.

He was recently interviewed by Twin Cities based Upsize Magazine and was featured on the cover. In the article Todd provides pointers and advice on how to get your voice heard as a small business owner.